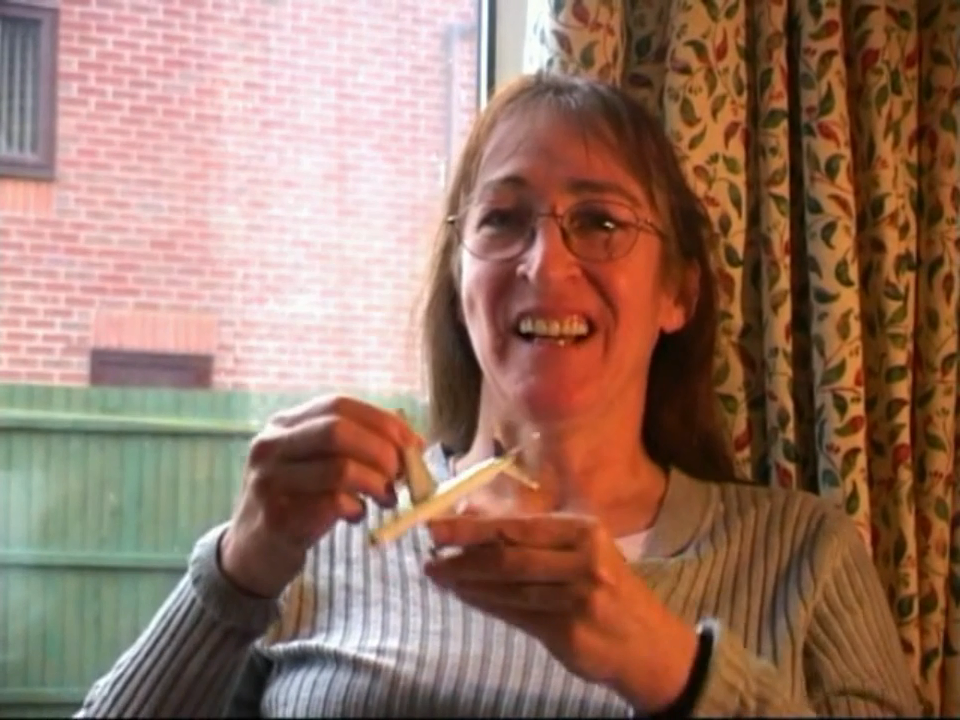 Why Dr. Judy Wood Laughed While Watching the Attacks on the World Trade Center on 9/11/2001

In an interview with conspiracy theorist Richard D. Hall of RICHPLANET TV, Dr. Judy Wood stated that she "smirked" while watching the live coverage of the World Trade Center attacks on 9/11 with colleagues at Clemson University. Dr. Wood says that she found the event humorous because it was similar to watching a Looney Tunes Roadrunner cartoon (never mind that hundreds of real people were trapped in the buildings, burning and jumping to their deaths).

The impact hole in WTC1, according to Wood, appeared unrealistic--like a Wile E. Coyote cut-out. What most caught her attention, she says, was that the wing-tips of the alleged airliner had cut cleanly through the steel perimeter box-columns of the tower. Dr. Wood explains that this is an obvious impossibility. The wing-tips of an airliner are light and fragile, don't carry fuel like the rest of the wing, and therefore lack the necessary mass to penetrate the columns. 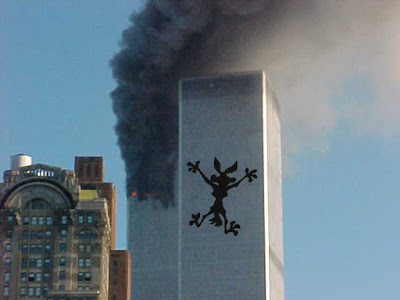 "When we see things that are impossible", stated Wood, "we giggle". The physics professor therefore giggled to herself upon seeing the massively damaged Twin Towers which had become a horrific inferno and death trap on the morning of 9/11.

It's rather shocking that Dr. Wood--purportedly an accomplished and respected physicist, researcher, and academic--would be so arrogant, so brazen, and so scientifically inept as to conclude immediately that the impact hole in WTC1 was impossible merely from a subjective visual assessment of the damage on standard definition television. So confident was Dr. Wood in her prima facie analysis that she actually smirked, laughing to herself while among faculty colleagues who watched aghast the horror unfolding before them.


How can any such person be at all regarded as rational, much less scientifically credible?

In fact, her analysis of the damage was/is absolutely wrong. Dr. Wood bases her "cartoon physics" criticism on her conjecture that an airliner's aluminum wingtips are too light and fragile to have penetrated the towers' columns as she apparently observed on television. The problem with her rationale is that no wingtip of either plane penetrated the steel columns of either tower. It's astounding that she's ignorant of this fact.

The first and most obvious way Dr. Wood could have verified her initial observation (had the notion occurred to her) would have been to examine existing photographs of the impact holes. It's foolish to rely solely on low resolution video for forensic analysis. If Dr. Wood was skeptical regarding the physical nature of the impact damage, why wouldn't she have examined any of the existing high-resolution images of the towers taken by photographers on 9/11? When looking at photographs, it's very easy to see that the wingtips did not sever the steel columns, and instead cut only through the exterior aluminum cladding, marking and/or bending the columns underneath, but not severing them. (click on the below images to see them in full resolution). 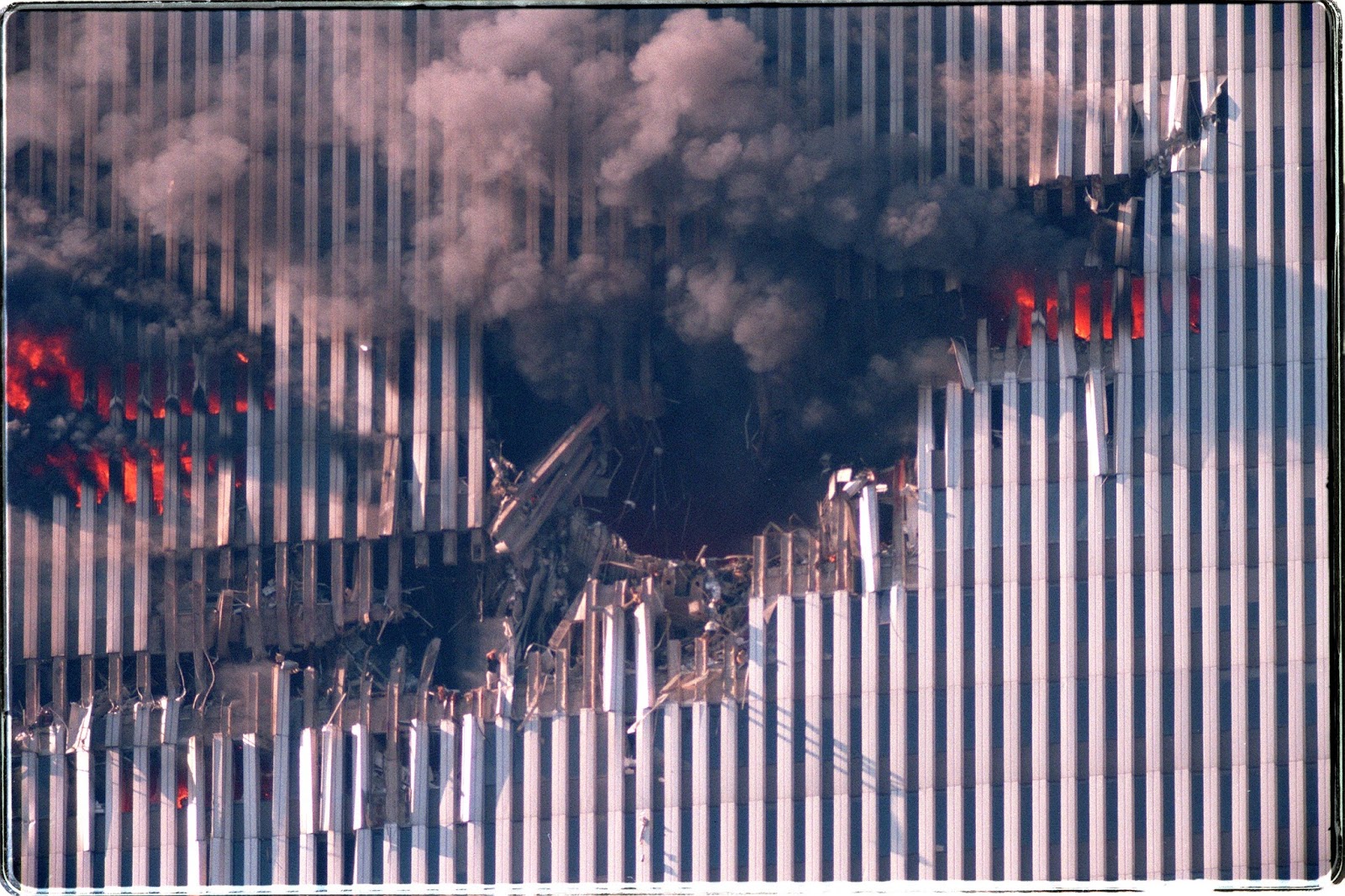 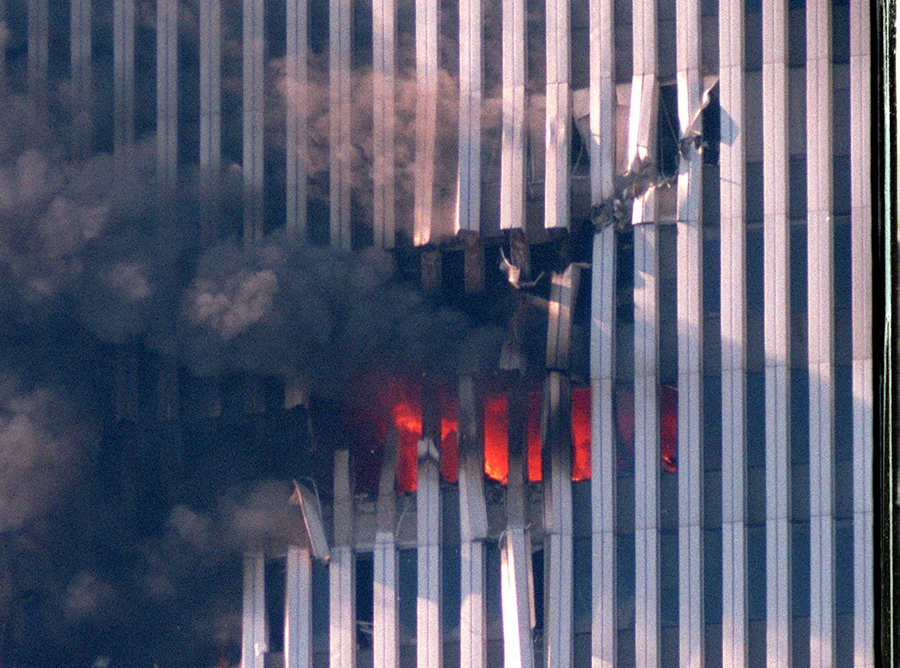 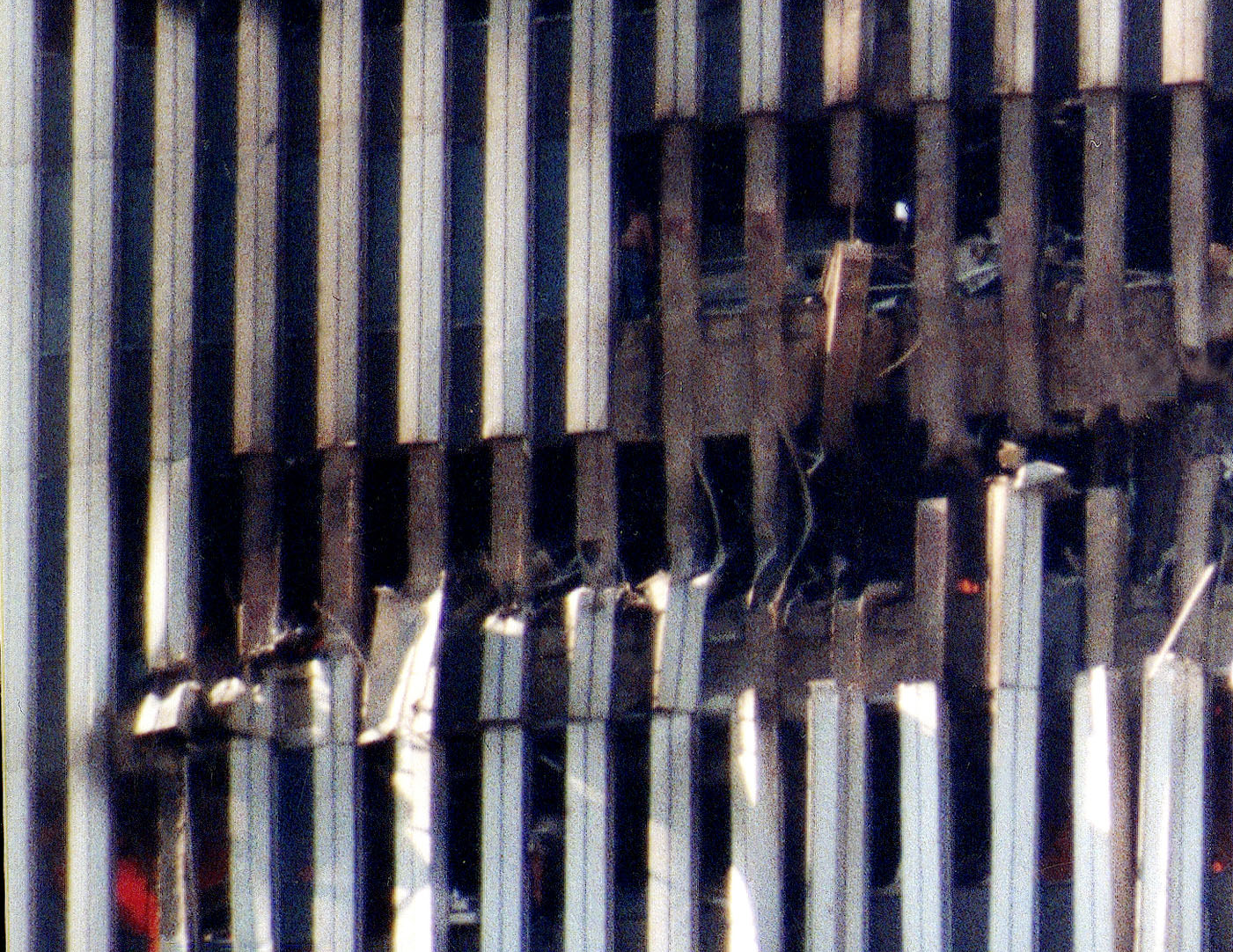 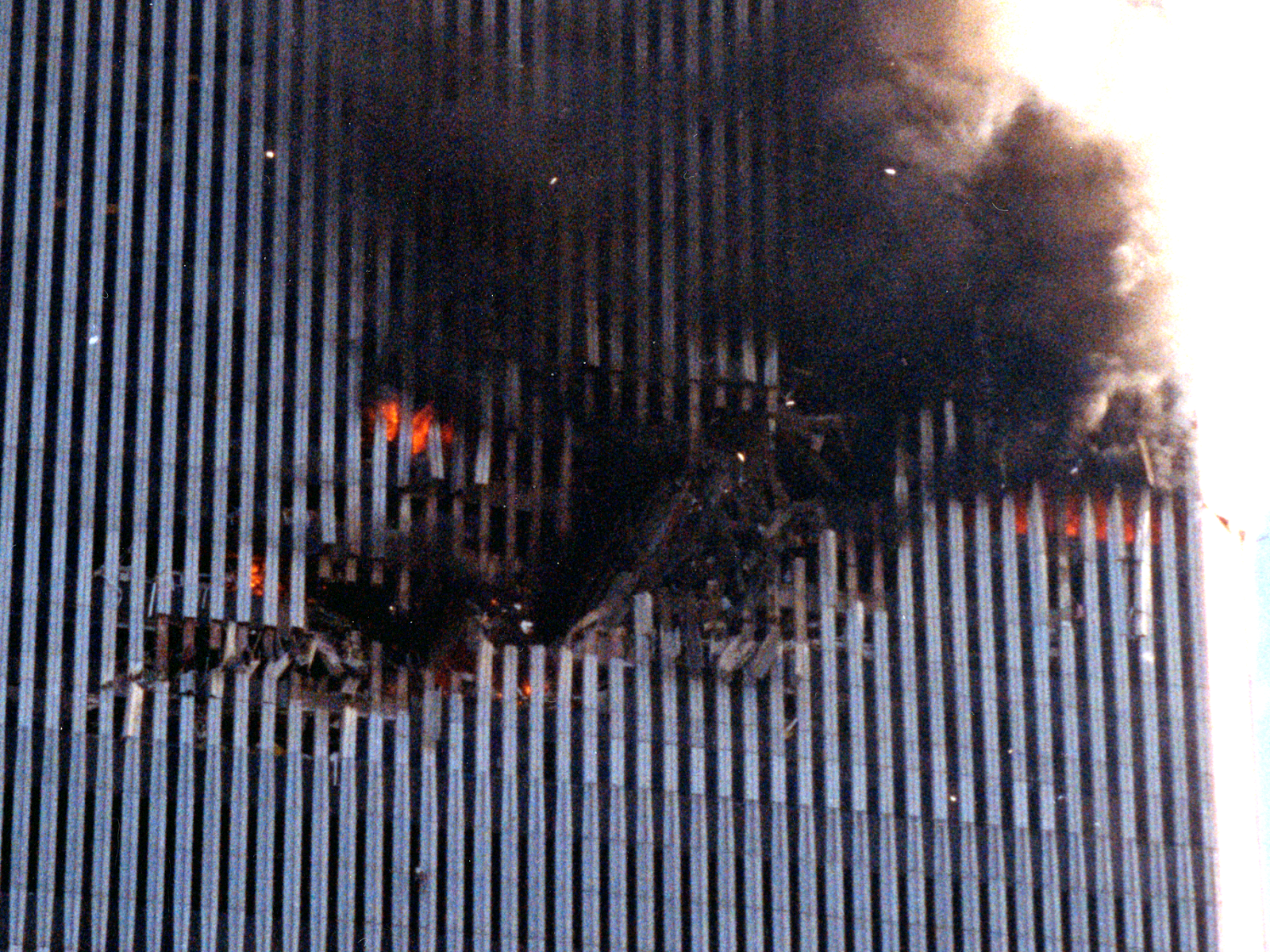 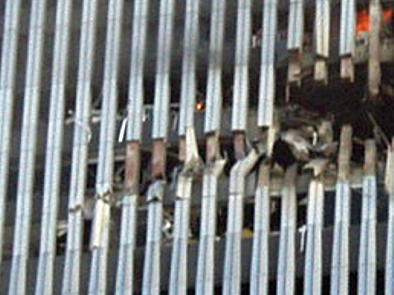 Dr. Wood's negligence extends beyond overlooking the photographic evidence, however, because not only is it obvious from photographs that the wing-tips did not penetrate the columns, this observation was explicitly stated in the NIST report as is shown below.(NIST NCSTAR 1-5A: Visual Evidence, Damage Estimates, and Timeline Analysis).

It's clear that Dr. Wood hasn't even read this part of the NIST report, the chapter devoted to assessing the initial damage to the towers. How could this be? How could someone who claims to be a scientist and truth-seeking researcher, someone who has published her own book claiming to be "the only comprehensive-forensic investigation into what happened to the World Trade Center complex on 9/11" have neglected to thoroughly read the NIST report, the most exhaustive investigative study published on the destruction of the towers?

Judy Wood wants you to believe this: 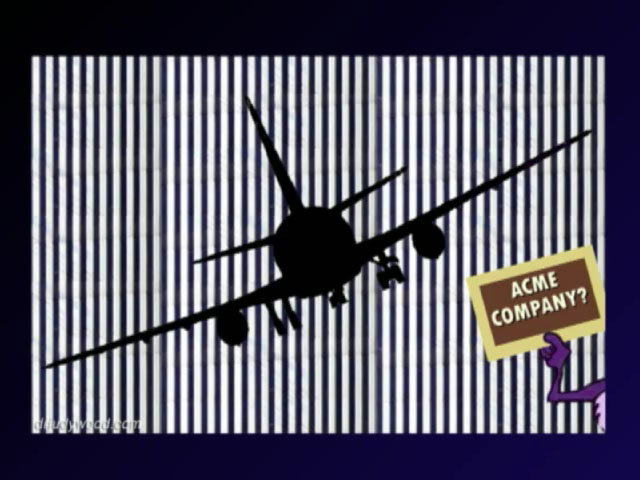 The reality is this:
(Dotted lines show where the outer aluminum cladding was marked, leaving intact the steel columns underneath.)

Dr. Wood criticizes the NIST report, but hasn't even read it. She laughs at the airplane impact damage, but hasn't really looked at it. Whatever sort of "research" Dr. Wood claims to have done, it's far from scientific and cannot be taken seriously.

The impact holes in the twin towers present a very a big problem for the No-Plane Theory, leaving questions to which proponents of the theory have failed to provide any viable answers.


For genuine, scientifically-based, information on the physics of the WTC airplane impacts go here:

Is the Earth Flat?